Built in 1215, Dragsholm Castle is one of the oldest non-religious buildings in Denmark. It was the only castle in Zealand to survive the Count’s Feud of 1534.

From 1536-1664, it was used as a prison for the highest-ranking prisoners, mostly noblemen and clergy. The former owner, Joachim Rønnow, was imprisoned there.

The castle was blown up during the Dani-Swedish War of 1658.

After that, the king gave it to a grocer, Heinrich Müller, to pay off a debt. Heinrich began restoring the castle to its former glory. 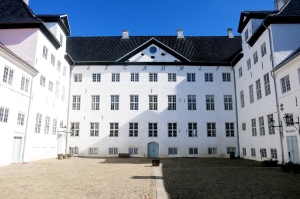 Frederick Adeler purchased the castle in 1694 and completed the restoration.

In 1932, there was no heir to the Adeler estate to take over the property and it became property of the state. J.F. Bøttger purchased the building which is now a hotel and restaurant.

A building with such a long history must surely have some ghost stories attached to it and this one has its share. It is one of the most haunted castles in all of Europe with 100 different ghosts attached to it.

The most famous of these is probably The 4th Earl of Bothwell, third husband of Mary, Queen of Scots, who died imprisoned in the castle.

James Hepburn was born in 1534 to Patrick Hepburn and Agnes Sinclair. He was the 4th Earl of Bothwell and Lord High Admiral of Scotland. He visited Copenhagen, Denmark in 1559 and fell in love with Anna Tronds, a Norwegian noblewoman. James told Anna that he was penniless and convinced her to sell all her possessions. He took the proceeds, along with her dowry, and abandoned her.

He was imprisoned in Scotland in 1562 for openly fighting with the Earl of Arran, but escaped.

In 1566, he married Lady Jean Gordon, but they were divorced the following year. Jean accused him of cheating with a servant.

James and Queen Mary met in 1560 when Mary was married to King Francis II. They stayed in contact and it was rumored that they began an affair shortly after his escape from prison.

In 1567, it was widely believed that James killed Lord Darnley, 2nd husband of Mary. He was tried for the crime and acquitted. 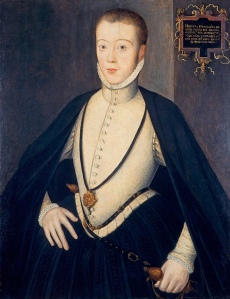 On April 24, 1567, James kidnapped Mary and took her to his castle in Dunbar, Scotland. He held her prisoner and “raped” her, although there is some speculation that she might have been a willing participant in the act.

Mary made James the Duke of Orkney and Marquess of Fife before marrying him on May 15. The marriage tore the country apart.

One month later, Mary was dethroned and James fled the country. He was arrested in Norway. There, Anna filed a complaint against him for taking all her money and abandoning her. 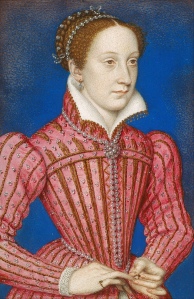 He was imprisoned at Dragsholm Castle where he was chained to a pillar in 1568. He remained in that spot until his death in April 1578. He wore a groove into the floor pacing around the pillar. It can still be seen today.

People say that James’s ghost appears regularly in the courtyard at Dragsholm Castle and that you can hear the sounds of a horse and carriage when he is around.

Another ghost said to haunt Dragsholm Castle is The White Lady. She is seen in the hallways at night. Her father used to own the castle, but she fell in love with a man who worked for him. Her father found the couple together and ordered that she be locked in a room of the castle.

Legend says that she was imprisoned for decades until her death. People believed the story was just that, a legend, until 1930. During a renovation of the building, a skeleton wearing a white dress was found inside a wall.