Cotard Delusion (also called Cotard Syndrome or Walking Corpse Syndrome) is a psychological disorder where a person believes that they are missing body parts, do not exist or are dead.

The first recorded case of Cotard Delusion was in 1788. Charles Bonnet wrote about an elderly woman that felt something hit the side of her neck while she was cooking. (It is possible that she had a stroke.). Afterwards, she was paralyzed on one side and couldn’t speak. When she recovered enough to speak again, she was incredibly angry with her children and friends because she had not been given a proper burial. Confused, they asked her why. She demanded that she be dressed in funeral clothing and placed in a coffin. Not knowing what to do, her family refused. She then demanded that her maid dress her for her funeral. Eventually, the family gave into her wishes. She spent some time making sure that she looked her best for burial by smoothing out her dress and complaining about the color. Eventually, she fell asleep. The family changed her clothes and put her to bed. She was given a mix of precious stones and opium to cure her. She did snap out of her delusion but relapsed regularly until her actual death. During her relapses, she would talk to and host dinners for the dead.

In 1880, a middle-aged woman in France visited the office of Dr. Jules Cotard. She told him that she had no brain, nerves, chest, stomach or intestines. She believed that her body was decomposing. She denied the existence of any spiritual being (God or Satan) and said that she did not have a soul. Dr. Cotard called her Mademoiselle X. Because she was already dead, there was no need for her to eat and she eventually died of starvation. Dr. Cotard went on to write extensively about the disorder and it was eventually named after him. 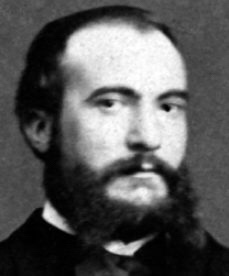 In 2004, Graham Harrison electrocuted himself in the bathtub during a suicide attempt. When he regained consciousness, he believed that he had fried his brain. He couldn’t smell or taste and didn’t feel the need to eat or speak. He began spending time in cemeteries to get closer to death. The police would regularly pick him up and take him home from the graveyard. He was referred to Dr. Adam Zeman and Dr. Steven Laureys who submitted Graham to a PET scan. His was the first brain of a patient with Cotard Delusion to be scanned. They discovered that his brain behaved like it was on anesthesia, even though he was fully awake and functioning. In a 2013 interview, Graham said that with therapy and medication, he was able to live a more normal life.

In 2015, Erika Hayasaki visited the National Institute of Neurology and Neurosurgery in Mexico City. There she visited with a 52 year old patient named “Juanita” and her doctor, Jesus Ramirez-Bermudez. Dr. Ramirez-Bermudez encountered his first case of Cotard Delusion in 2000. Since then, he has treated 12 patients with the disorder, more than any other doctor in history. Juanita was diagnosed at 46 years old following a stroke that caused a lesion on her brain. She believed that she had no arms or legs and that the organs had disappeared from her torso. She said that she felt completely empty. She refused to eat and stopped going to work. In the first 6 years of her illness, she was in and out of the hospital in Mexico 18 times. The lesions on her brain, in conjunction with psychological and emotional trauma in her personal life, have damaged Juanita’s amygdala. This has affected Juanita’s ability to produce happy thoughts. She feels almost exclusively anger, fear, sadness, anxiety, etc. The amygdala also controls self-awareness leading Juanita to deny that she exists and, therefore, must be dead. Juanita’s Cotard Delusions can be controlled temporarily with medication.

Erika also visited with Rafael Hernandez in 2015 when he was 76 years old. He and his wife, Gisela, also live in Mexico City. Rafael has a PhD in economics. His behavior began to change in 2005 and in 2014, he began to believe that he was losing his organs. He also began to believe that his wife was dead as well. Rafael lost almost 50 pounds and was confined to the hospital. He spent some time at the National Institute of Neurology and Neurosurgery as well. There he received electroshock therapy. He got much better, but then, like many other patients, he began to sink into his delusions again. Gisela has trouble getting Rafael to eat because he believes that his teeth and throat are broken. He has been seen by physicians and this is not true. 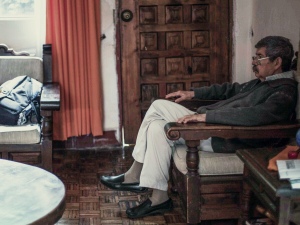 Other sufferers include a 59 year old in the United Kingdom that believed her legs were rotting away from lack of blood and a 62 year old in Spain who believed that he was dead and his penis was falling off. A woman in Japan quit talking because she believed her brain had quit working.

Cotard Delusion is rare with just over a hundred cases reported worldwide since Dr. Bonnet’s case. It seems to be a companion disorder often occurring with Parkinson’s Disease, schizophrenia, bipolar disorder and even hypothermia. There are probably more cases than those that have been reported, but doctors don’t or can’t recognize the symptoms in patients.

Cotard Delusion is debilitating and often deadly. It is common for sufferers to starve to death or to commit suicide. There seems to exist an irony in someone who believes that they are dead trying to kill himself, but these patients report feeling like they are in limbo. That they “know” they are dead, but are still inhabiting the earth. They go to extremes to free themselves from what feels, to them, like hell. Some patients self-harm in an attempt to feel. They believe that they have lost organs or body parts and are lost in total despair. The pain that they experience is proof that they are still alive. 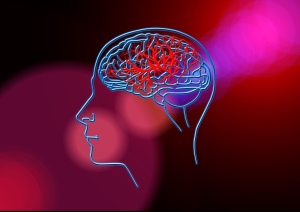 Cotard Delusion is not officially listed in the Diagnostic and Statistical Manual of Mental Disorders, but Dr. Ramirez-Bermudez thinks that he has identified a possible cause of the disorder. He began treating a patient that had Cotard Delusion and dementia. She could not make connections between words and their meanings. She had once been a vegetarian, but could no longer define the word and eventually began to eat meat. She could not recognize famous people, but she did know who she was and what she looked like. She began to tell the doctor that her organs were disappearing and that she was dying from the inside. Scans of her brain showed damage to her temporal lobe on the left side. This is where language and imagery is stored. The findings were very similar to Juanita’s. Doctors are beginning to believe that when you lose the ability to understand how your body works, you begin to think that it doesn’t.