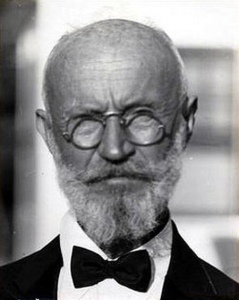 At the age of 10, he had a dream. In his dream, his late aunt showed him a dark-haired woman and told him that she was to be his true love.

By 1914, he had traveled to India and Italy, but had settled, for the time, in Australia. He claimed to be a doctor, a boatbuilder and an engineer. He boasted that he had received 9 different degrees. 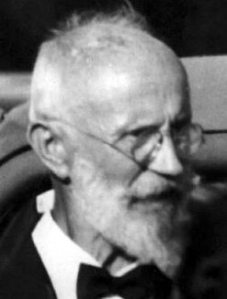 While in Australia, World War I began. Because Tanzler was a German citizen, he was placed in a concentration camp “for his own well-being.”

When the war ended in 1918, Tanzler was allowed to leave Australia, but was forbidden to return home to Germany. He was shipped to the Netherlands.

He made his way back to Germany where he met and married Doris Anna Shafer in 1920. The couple had two children.

Tanzler continued to travel, without his family. He went to Cuba in 1926, and from there, he ended up in Florida. He decided to make America his home and sent for his family in Germany.

The family settled in Zephyrhills, Florida, but Tanzler abandoned them within a year and moved to Key West, Florida.

When Tanzler moved to America, he would sometimes go by Carl Tanzler von Cosel or Count von Cosel. He was not a count. He was, in fact, not a doctor either.

He met the dark-haired girl of his (literal) dreams in 1930. She was a 20 year old by the name of Maria Elena Milagro de Hoyos Mesa. Tanzler was 53 years old. 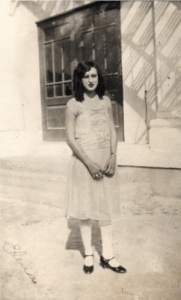 De Hoyos was born on July 31, 1909 in Key West, Florida. Her father was a cigar maker and her mother stayed at home to take care of the couple’s 3 daughters. The family had also come to America from Cuba.

On April 22, 1930, de Hoyos was taken by her mother to the Marine Hospital in Key West. She was diagnosed with Tuberculosis, which, at that time, usually proved fatal. 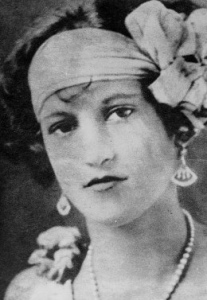 Tanzler was an unpopular Radiological Technician at the Marine Hospital, but he was good at his job. He believed that de Hoyos was the woman that was brought to him in his childhood dream.

Tanzler convinced the hospital to let him care for de Hoyos in her home. He borrowed (often without the consent or knowledge of the hospital) equipment, drugs and even an X-ray machine which he brought to the de Hoyos home. He concocted his own medicines and use electro-shock therapy, all in an effort to heal his new love.

He also bought de Hoyos gifts and proposed to her everyday. De Hoyos did not feel the same about Tanzler and refused to marry him. He did, however, build a relationship with de Hoyos’s parents.

De Hoyos died on October 25, 1931 and Tanzler asked permission from her parents to pay for the funeral and have a mausoleum build for her in the local cemetery. The de Hoyos were a poor family, so they allowed Tanzler to do this. 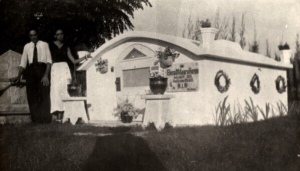 Tanzler was the only person with a key to the mausoleum. It was equipped with electricity and a phone system where he could stand outside and talk to de Hoyos inside.

Tanzler visited the mausoleum every day for 2 years. Each night, he would serenade de Hoyos with her favorite Spanish folk song, La Boda Negra (The Black Wedding).

The song is about a man whose love has died and he sneaks her out of the cemetery, takes her home and lays down with her to die.

Sometime in 1932, Tanzler did exactly that. He took de Hoyos’s body from the mausoleum to his home and put her in his bed. 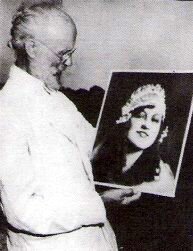 By this time, she had been dead for 2 years and the body was in very poor condition. Tanzler began what would become a 7 year project of preserving de Hoyos’s body.

He replaced her eyes with glass ones, filled her body with rags to keep its shape and replaced her decaying skin with silk that he covered with wax and plaster of Paris. He connected her bones with wire hangers and sprayed her body with perfume and covered it in potpourri to mask the smell. He regularly bought new clothes to put on de Hoyos and continued to ask her everyday if she would marry him. He even created a wig for her made of her own hair that was given to him by her family. 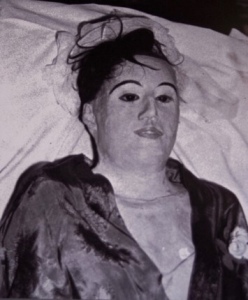 Tanzler dressed the body in a white dress and performed a wedding ceremony for the two of them. He slept with the body every night and would dance around the house with it.

During this time, Tanzler was also building an airplane. He would later claim that he planned to fly himself and de Hoyos in this homemade plane to the “stratosphere where the radiation would rejuvenate her.” 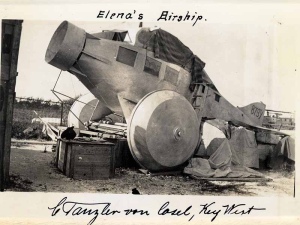 One day, a local boy peeked in the window of Tanzler’s home and saw him dancing with the body of de Hoyos. He told others and rumors began to swirl. The word got back to the de Hoyos family. One of de Hoyos’s sisters confronted Tanzler in October 1940. When she entered the home, she found what she originally thought was a doll. When the police examined it, they found it to be the remains of de Hoyos. 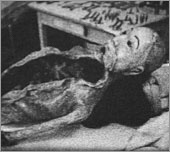 Tanzler was arrested, but, surprisingly, he had a lot of supporters. They were mostly women who thought that his story was romantic.

Tanzler was found sane to stand trial, but the statute of limitation on the mistreatment of a corpse had lapsed and he was freed. The sensational story made headlines and de Hoyos’s body was put on display where people paid $1 each to see it. It is estimated that almost 7000 people saw the body (almost 3 times the population of the entire town of Key West at the time). 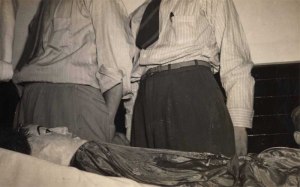 Eventually, de Hoyos was buried in an unmarked grave so that she could finally Rest In Peace.

When he was released from jail, Tanzler asked police if he could have de Hoyos’s body back. The request was denied.

Tanzler returned to Zephyrhills in 1944, where his wife supported him for the rest of his life. He wrote an autobiography and received his United States citizenship in 1950. 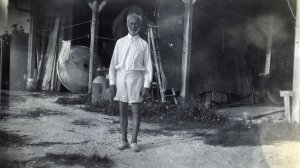