Carl and Patsy Throneberry welcomed their youngest daughter, Treva, to the family. While she was still young, the family, which included her 3 sisters and a brother, moved to Electra, Texas.

By 1985, everyone in the small town knew the Throneberrys. By all accounts, Treva, now a junior in high school, was a good kid. She said “sir” and “ma’am.” In school, she was quiet, but seemed happy, and played on the tennis team. She was a carhop at The Whistle Stop, the local drive-in. She was never without her small red bible.

But Treva had troubles brewing just below the surface. On the rare occasion that she let it show, her behavior was so strange that people didn’t quite know how to react to her.

Sometimes she would just have a vacant look on her face. She regularly attended the Pentecostal church where she once fell at the alter and shared with the congregation that she didn’t feel that she deserved to live. She was afraid of people and things that weren’t actually there.

Then, in December 1985, Treva told the Electra police that she had been molested. She accused her father. There was a full investigation and child welfare removed Treva from the home.

Treva’s three sisters adamantly denied that their father had ever touched them. In fact, no one in town could believe that Carl would do something like that.

It would later come out, that Treva and her sisters had been molested, but not by their father. They had been molested by their uncle, Billy Ray. He was a regular visitor to their home. He would take the girls for rides into town and would buy them little presents that their parents couldn’t afford, but he would also come into their room at night. He threatened to kill Carl and Patsy if the girls ever told, so they didn’t. They didn’t say anything until long after Treva was gone and Billy Ray had passed away.

The three older sisters all married extremely young and fled the house as soon as they could, leaving Treva as Billy Ray’s only target. They all came to their father’s defense at trial, where he stated that if Treva had been molested, it must have been by one of the men at the Pentecostal church.

The church stepped up to counter these allegations. They said that Treva told them, in the weeks before she went to the police, that she didn’t want to go home. She even snuck out of her house a few times and was found sleeping in the pews at the church.

Carl was absolved of all charges, but Treva never returned home to live with her family. She had been placed with a foster family, the Gentrys, in Wichita Falls.

Treva’s behavior with her new family was odd. Sharon Gentry, her foster mother, said that she would find Treva hiding in the corner of her bedroom or banging her head against the wall. She would talk in her sleep, begging someone not to hurt her.

While staying with the Gentrys, Treva attended Wichita Falls High School. Her teachers all said that she was a good student that got good grades. She was regularly seen reading her bible when she was done with her work.

Treva’s strange behavior at home continued. Sharon began finding notes from Treva that insinuated that she wanted to commit suicide. Then Treva began telling strange stories. She told Sharon that she had been kidnapped by a satanic cult while living in Electra and that she had been forced to participate in their ritual.

In May 1986, Treva admitted to a counselor that she was considering jumping from the roof of the school. The police were called and Treva was taken to the State Hospital. There she was put on antidepressants and Xanax. She also participated in group therapy.

While in the State Hospital, Treva wrote letters to Sharon and a friend from school. She continued to confess thoughts of suicide in these letters. The doctors diagnosed her with a characterological disorder and a possible personality disorder. Some symptoms associated with a characterological disorder are lying, manipulation, theft and violence. Symptoms of a personality disorder include lack of emotional growth, inability to deal with change and empathy.

Treva was released from the State Hospital after 5 months, but her therapist noted in her file that she was unpredictable. Because she refused to go home and her parents refused to take her back until she admitted to lying about the rape allegations, Treva was sent to Fort Worth to live in the Lena Pope Home. At this residential treatment facility, she was put back into therapy and began attending school at Arlington Heights High School.

She graduated in June 1987 at the age of 18. Now that she was an adult, she could no longer live at the treatment facility. She told her counselors there that she wanted to attend bible college and live a normal life.

Shortly after graduation, Treva visited her sisters in Electra. They urged her to go to their parents and apologize. Treva refused. They knew that Treva saw the accusations against her father as a sure fire way to be taken out of her parent’s home. She left the following day and never returned.

After this, Treva roamed the Dallas/Fort Worth metroplex. She lived with kind strangers and at the YWCA. She worked for a time at a motel in Arlington, Texas as a maid.

She contacted Sharon while living in Arlington, but soon she cut all ties with Sharon and her family. Most people in her hometown assumed she was dead and her family purchased a burial plot for her in case they ever found her. It was even rumored that she had taken up with David Koresh and the Branch Davidians in Waco, Texas and that she may have died in the fire that destroyed their compound in 1993. Sharon sent her dental records to be compared to those found dead after the siege. She wasn’t there.

Somehow, Treva had made it to Corvallis, Oregon where the locals knew her as Keili T. Throneberry Smitt. She got a job at McDonald’s and was living with a family that took her in after meeting her at church. She told everyone who asked that she was hiding from her abusive father who lived in Dallas. She had escaped him twice. Police were notified and they attempted to find Keili’s father to bring him to justice. After a year in Corvallis, Keili went missing. Neither she or her father were ever located. 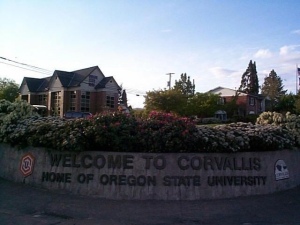 That was because she was in Portland telling the same story. As soon as police began to investigate, Keili was gone again.

In 1994, Treva was going by Cara Leanna Davis. She was in Coeur d’Alene, Idaho with a new story to tell. Now she was the daughter of a police officer who was a member of a satanic cult. He had raped her and killed her mother.

She was on the move again after only 2 months. Her next stop was back in Texas. Now she was Kara Williams in Plano. She claimed to be 16 years old, when, in fact, she was really 25. Kara was raised as a High Priestess in a satanic cult. She had narrowly escaped the fates of many of the children she had grown up with who had been sacrificed to Satan. Again, she claimed her father was a police officer who raped her.

Treva lived in a series of foster homes and youth shelters. She enjoyed trips to the mall and Six Flags Over Texas sponsored by volunteers at the shelters who felt sorry for her. She accused one of the men working at one shelter of molesting her. She moved from home to home and school to school. At each new school, the one constant was that Treva always joined the tennis team and was usually the worst on the team.

The lies almost caught up to Treva in September of 1995. She was placed in a residential treatment center where a staff member recognized her. They had grown up together in Electra. Her case manager was notified.

Evidence was gathered to prove Treva’s true identity and a court hearing was scheduled. Treva was removed from the foster system. Her case manager sent her into the world to live as an adult with nothing but a quarter and a phone number for a homeless shelter. As she walked out of the courthouse, Treva continued to profess that her name was Kara and that she was 16 years old.

In June 1996, Treva had adopted the persona of Emily Kharra Williams and was in Asheville, North Carolina. She again claimed to be 16 and that she needed rescue from the cult that she had grown up in. By August, she was Stephanie Williams in Altoona, Pennsylvania. She claimed her father from Memphis, Tennessee would be looking for her. He made and sold child pornography. A note that she wrote in a notebook led her social worker to do some investigating. Her true identity was discovered and Treva was arrested. She served 9 days for filing a false police report.

During her time in jail, her parents were contacted and they were allowed to speak to Treva on the phone. Despite their pleas for her to stop pretending, Treva denied knowing them.

She would take on a new name and story in Louisiana, New Jersey and Ohio. She would stay in shelters and with kind strangers. She would enroll in school after school. The only thing that never seemed to change was her age, 16.

Treva refused to grow up. She refused to care for herself. She refused to take any responsibility. It is possible, that at this point, she had told so many lies that she no longer even knew what the truth was.

Next week, Treva’s lies catch up to her in Treva Throneberry, part 2.