Before Winthrop Rockefeller became governor of Arkansas in 1966 and instituted prison reform, the Arkansas prison system was a dangerous place for inmates. 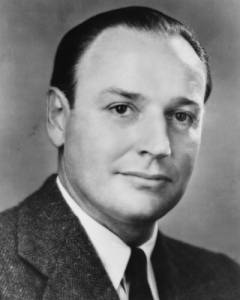 It was legal to whip prisoners in Arkansas, but they were regularly beaten and tortured by guards who shot at them for fun. There were stories of prison trusties who put needles under inmates’ fingernails and attacked them with pliers.

The prison most notoriously known for the sadistic treatment of prisoners was Tucker Prison. This is where Dr. A. E. Rollins developed the Tucker Telephone.

The Tucker Telephone was constructed from parts of a crank telephone. The electric generator inside the phone was wired to 2 batteries.

The victim was taken to the prison hospital and strapped to a bed. One wire was attached to his big toe and another to this genitals. When the crank was turned, an electrical shock was administered to the prisoner.

Shocks from the Tucker Telephone could cause PTSD and permanent organ damage.

The last known use of the Tucker Telephone in the Arkansas prison system was in 1968. That same year, the superintendent of the prison was sentenced to 1 year in prison and a $1,000 fine for violating the Civil Rights Act of 1871 in regard to his treatment of the prisoners. The judge eventually suspended his sentence, giving him probation instead, saying that he feared the superintendent would be killed in prison.

It is believed that a similar device was rigged from field phones during the Vietnam War to torture captured Viet Cong. It was also rumored to have been used by cops in Chicago in the 1980s and at Abu Ghraib prison on Iraqi prisoners.