Tanya Jamie Nelson (aka Phyong Thao Nguyen) showed up for her appointment at the home of Ha Smith (aka Jade Smith). Ha’s daughter Anita Vo was also at the house.

Tanya was the owner of a lingerie and gift shop in Roanoke Rapids, North Carolina, but she had grown up in a wealthy family in the Little Saigon area of Orange County, California. Her family had immigrated to the United States in 1979 and had visited with Ha many times before.

Ha was a 52 year old Vietnamese fortune teller. She charged as much as $6000 to clients, who came from all over the United States, to cast spells for them. Her daughter Anita, 23 years old, was a college student. 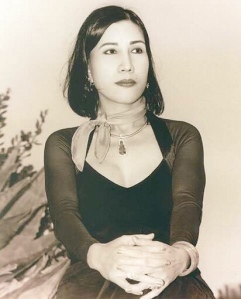 Tanya was angry with Ha. Ha had told Tanya, in a reading, that if she moved her lingerie business to North Carolina, she would make more money.

Tanya had opened her first lingerie store in 1998 in Orange County, California. She and her husband filed for bankruptcy in 2000.

In 2004, Tanya moved to North Carolina and opened another store. She felt that the new store had not been as successful as Ha had predicted it would be.

Shortly before the murders, Tanya had visited Ha with a personal problem. Tanya had been having an affair with her brother in law. He broke off their relationship, but she wanted him back. Tanya went to Ha asking her to cast a spell that would make him love her again. Ha told her that she couldn’t do that and that Tanya should just get over it. This further angered Tanya.

With Tanya that day was Phillipe Zamora. He was a 55 year old machine operator who was also from North Carolina. 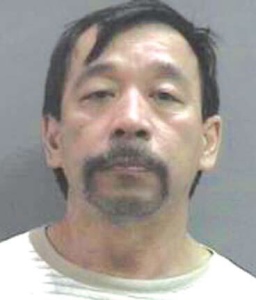 According to Phillipe, after they entered Ha’s home, Tanya went to the kitchen and grabbed a knife. She began stabbing Anita. When Ha realized what was going on, she began to scream. Phillipe said that Tanya yelled to him to “kill her!… Don’t let her scream!” He hit Ha in the shoulder with a wine bottle and then stabbed her with knives he found in her kitchen. 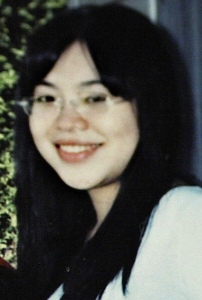 While Ha and Anita lay dying, Tanya and Phillipe ransacked the house. Ha was known for her expensive tastes. The pair made off with jewelry, phones, credit cards and cash. They missed the motherload, though. Ha had over half a million dollars stashed in her vacuum cleaner and coffee maker.

Next, Tanya and Phillipe drove to Wal-mart and purchased a gallon of white paint. They applied the paint to Ha and Anita’s hands and faces.

Police were called the next day when Anita’s friends noticed she was missing. Ha and Anita were stabbed in the head, neck and chest. They also had defensive wounds on their hands. When the bodies were found, the white paint puzzled police.

In his book, Southeast Asian Diaspora in the United States: Memories and Visions Yesterday, Today and Tomorrow, Jonathan H. X. Lee suggested that the paint may have served more than to just hide any evidence or identifying features of the two women. He suggested that the Vietnamese believed that this would have kept their souls from uniting with their bodies in death. The soul wouldn’t be able to see or recognize their own face. Also, white is the color worn at Vietnamese funerals.

This particular community was very superstitious. They believed strongly in astrology and spirits. They believed in shamans, palm reading and the Chinese Zodiac. This was common in many Vietnamese communities.

This was not the first time that Ha had been robbed. In 2001, a burglar broke into her home. Ha was home then too and she was tied up while the robbers stole $300,000 in cash and jewelry. 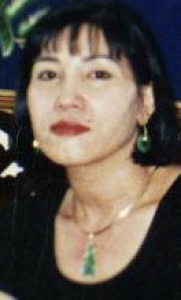 The difference between this robbery and the last one was that there was no sign of forced entry. It was clear that Ha knew her attacker.

The police checked her appointment book and noticed that Tanya had scheduled an appointment the day of the murder. When Tanya used Ha’s credit card to purchase her return flight to North Carolina, police were notified. She spent approximately $3000 in total. She used the cards to book a vacation and purchase new clothing, electronics, expensive meals and luggage.

Tanya was arrested on May 30, 2005 in a hotel room. They were able to link her to Phillipe through the receipt for their flight home. In Tanya’s appointment book, found in her home, she had written “horrible sin” on April 21, 2005.

Phillipe was arrested shortly after. He confessed, but laid most of the blame on Tanya. He knew Ha because his wife had been a client of her’s.

They were both charged with 2 counts of 1st degree murder.

Phillipe went on trial first in March 2009. He pled guilty on April 12, 2010 and was sentenced to 27 years in prison. He did not receive the death penalty because he agreed to testify against Tanya. Phillipe did not speak English and needed an interpreter for both trials.

Tanya’s trial began in January 2010. She pled not guilty. On February 15, 2010, Tanya was found guilty and she was sentenced to death. She is awaiting execution at the Cental California Women’s Facility in Chowchilla, California.

In a press conference, Loan Ngo, Ha’s sister, said, “I prayed every night for this… I think they can Rest In Peace now.” [1]

3 thoughts on “The Fortune Teller Murders”