29 year old Natalia Burgess from New Zealand made headlines in 2013 when she was sentenced to 26 months on 2 counts of obtaining by deception and 1 count of interfering with a computer system. 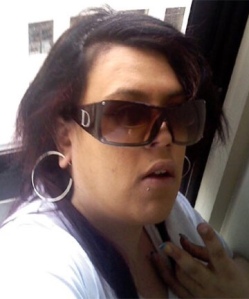 According to legislation.govt.nz [1], someone is guilty of obtaining by deception if he/she:

(a) obtains ownership or possession of, or control over, any property, or any privilege, service, pecuniary advantage, benefit, or valuable consideration, directly or indirectly; or

(b) in incurring any debt or liability, obtains credit; or

(c) induces or causes any other person to deliver over, execute, make, accept, endorse, destroy, or alter any document or thing capable of being used to derive a pecuniary advantage; or

(d) causes loss to any other person.

Someone is guilty of interfering with a computer system if he/she [2]:

(a) damages, deletes, modifies, or otherwise interferes with or impairs any data or software in any computer system; or

(b) causes any data or software in any computer system to be damaged, deleted, modified, or otherwise interfered with or impaired; or

(c) causes any computer system to—

Natalia was arrested in 2011 after a group of boys from Christchurch came forward saying that she had pretended to be attractive teenage girls on the internet in an effort to obtain their social media and bank information.

As early as 2001, Natalia was on Relay Chat using fake names. She claims that she was a teenage prostitute and heavily into drugs. In 2006, when she was 22 years old, she met and began having sex with a 16 year old boy. She also went to live in a shelter for pregnant teens where she was required to pay a portion of her living expenses.

After amassing a bill of $1400 at the shelter, she was confronted and asked if she could prove that she was actually pregnant. She produced a doctor’s note. The spelling and grammar was so bad that it was quickly deemed a fake and she was kicked out.

In 2007, she went to court for identity theft. The judge ordered her to stop and she just laughed at him.

Beginning in 2008, she began creating Facebook and Bebo accounts with pictures of teenage girls. She began seducing teenage boys as young as 13 years old. When she tired of the relationship, she would fake the death of her persona and create a memorial page where she garnered a different kind of attention.

Some of the boys were so distraught that they attempted suicide after the “death” of their online girlfriend. In April 2008, she told the mother of a 16 year old boy that she had an online relationship with that she had a daughter and needed to borrow money to support her. The mother sent her $379.

Later, she asked the boy for his bank account information. When he wouldn’t give it to her, she refused to pay back the money that she had borrowed. This boy reportedly attempted suicide twice during his relationship with Natalia. She claimed that, due to heavy drug use, she cannot remember any of this situation.

The mother of a boy that was in a relationship with Natalia that killed himself in October 2010 claimed that she was partially to blame.

A reporter met with her who noted that she was constantly on her phone. When asked about it, she said that her phone was her best friend. In fact, that it was her only friend. She told the reporter that she was tired of the online lies and that she had killed off the last of her personas on March 20, 2011.

She said that the boys that she talked to online told her their darkest secrets and that some of what she knew was disturbing to her. She was tired and ready to live a more normal life.

Despite this, she said that she was still in touch with one 17 year old boy that she had shared a relationship with under the persona of Abby. The boy had dated Abby for 8 months before Natalia killed her off. The boy learned that he had been tricked when Natalia was arrested. He contacted her. He was looking to build a relationship with Natalia to replace the emotional investment that he had made with Abby.

Initially, Natalia rebuffed the boy, but eventually began talking to him and claimed that they were now “just friends.”

The reporter asked her about the 10 year age gap between them. Natalia said that she is fully engrossed in each persona as she creates it and lives vicariously through it. When she tells someone she is 18, then she truly feels 18, so, to her, there wasn’t a 10 year difference in their ages.

Between 2008-2011, Natalia created approximately a dozen different personas, 10 of which had their own phone numbers. She kept a SIM card for each one, but admits that she sometimes got confused.

The next day, she was taken to the emergency room at Middlemore Hospital after a suicide attempt. She was later moved to the Acute Mental Health Unit at the same hospital. She contacted the Herald to let them know that she had attempted to kill herself. The Herald reported this information to the hospital. Natalia’s phone was taken away and the Herald refused any further communication with her. 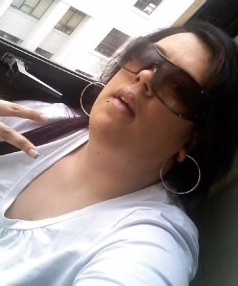 In 2014, Natalia was denied parole. The parole board deemed her a risk to society upon release and she acknowledged that she would have nowhere to go when she was set free. She was released after serving 26 months. She received one-on-one counseling while in prison and seemed to be getting better.

A warrant for her arrest was issued in 2016 for breaking the conditions of her prison release.