Maurice Wilson was born April 21, 1898 in Bradford, England. The day he turned 18, he enlisted in the British Army and served in World War I.

In the Battle of Passchendaele, he fought alone to protect his injured unit against the German forces. He received the Military Cross for his bravery.

Shortly after, he was injured by machine gun fire and was discharged in 1919. The injury caused severe damage to his left arm. It was largely immobile and caused him pain for the rest of his life.

Maurice lived the next years in England, the United States and New Zealand. While in New Zealand, he ran a women’s clothing store. During this time, he contracted tuberculosis. He would later claim that he healed himself with prayer and fasting.

After seeing newspaper articles about George Mallory and Andrew Irvine’s failed attempt to summit Everest in 1924, Maurice decided to tackle the mountain. 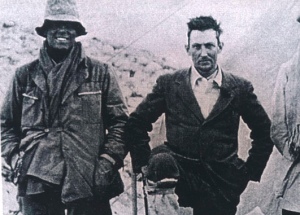 He not only intended to conquer Everest, but he planned to do it alone. His first plan was to parachute onto Everest and climb to the top. He quickly abandoned that plan due to logistics.

Plan B was to crash land a plane onto Everest and then scale the rest of the mountain. One problem was that Maurice did not know how to fly a plane. Another issue was that he had never climbed any mountain before. Nevertheless, he was undeterred.

Maurice purchased a Gipsy Moth open air 2 seater airplane and began taking flying lessons. He earned his pilot’s license (some reports say that it took him twice as long as the average flight student to do so). 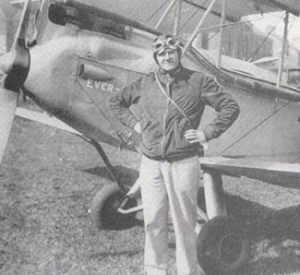 Next, he practiced his mountaineering by spending 5 weeks in Snowdonia (the highest mountain being just 1,085 meters or 3559 feet compared to Everest’s 8500 meter or almost 28,000 foot elevation) and Lakeland (highest point being just under 1000 meters or 3,200 feet above sea level). Maurice brought no special equipment, ice axe or crampons (spikes attached to a climber’s boot to aid in climbing an ice covered mountain like Everest) with him on his plane.

In 1933, as Maurice was making plans to depart for Everest, he crashed his plane, that he had named Ever Wrest, into a field in Bradford, England. It took 3 weeks to repair his plane and caused the Air Ministry to prohibit him from flying to Tibet.

Despite this, Maurice took flight on May 21 and landing in Bahrain on May 31. There, he was forbidden by the British government to continue his flight. He struck a deal to refuel and return to England, but when he took off, he headed for India instead. It was approximately 700 miles to his destination.

The size of the Ever Wrest’s fuel tank held enough fuel to fly just over 600 miles but, amazingly, Maurice flew the 9 hours and landed with his fuel gauge at 0.

When he landed, his plane was impounded to keep him from going any farther. He was also denied entry into Tibet.

While trying to find a way onto the mountain, Maurice met 3 Sherpas who agreed to help him on his climb. The four men, pretending to be Buddhist monks, traveled to the Rongbuk Monastery in Tibet. To avoid detection, Maurice pretended to be deaf, mute and sick to avoid interacting with strangers on their trip.

Maurice stayed at the monastery for 2 days before heading to Everest base camp without the Sherpas.

In his first 5 days on the mountain, he got lost multiple times and twisted his ankle. When the weather became too bad to continue upward, Maurice turned around and returned to the monastery. It took 4 days to get back.

Maurice rested and recuperated for 18 days. His second attempt up the mountain began on May 12. This time 2 of the Sherpas accompanied him. The three men reached Camp III in just 3 days. They were stuck there for several days waiting for bad weather to pass. 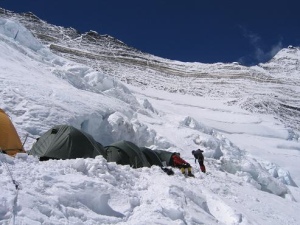 Maurice ventured out alone on May 21 and 22, but was defeated by an ice wall at approximately 6900 meters (22,700 feet) elevation. He returned to camp and the Sherpas advised him to return to the monastery. Maurice refused.

He set out alone again on May 29 and camped at the base of the North Col until May 31. He was never seen alive again.

The following year, his body was found in what remained of his tent. His backpack, containing his diary, was found nearby. His cause of death was assumed to be exhaustion or starvation. The last entry in his diary was dated May 31, 1934 and simply said “Off again, gorgeous day.”

His body was buried in a crevasse on Mt. Everest.

It has been debated that Maurice may have summited and died on his way back down the mountain. This was fueled by an alleged finding of a tent very near the summit in 1960. Many believe that this tent was left behind by Maurice. Others believe that there is no way that such an inexperienced climber could have reached the top of Everest unassisted.

The first known summit of Everest was in 1953 by Edmund Hillary and Sherpa Tenzing Norgay. The first person known to summit Everest alone was Reinhold Messner in 1980. Reinhold and Peter Habeler set a record 2 years earlier by being the first to reach the top without the use of supplemental oxygen. 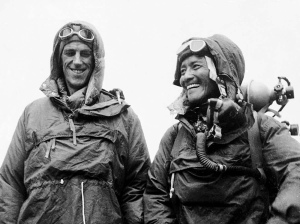 An urban legend about Maurice suggests that he was a cross dresser. A rumor began that when his body was found, he was wearing women’s underwear and that ladies’ clothing was found in his knapsack. Some say that he began wearing women’s clothing while running his store in New Zealand. A Chinese expedition claimed to have found a woman’s shoe at 6,400 meters (21,000 feet) in 1960. There is very little to tie it Maurice, if it even exists. Chances are, these stories were created by those seeking to further discredit Maurice.