Romell Broom’s execution by lethal injection was scheduled for 1:30pm on September 15, 2009.  On the phone with his brother the night before, Romell told him that he was ready for it to be over and he was tired of being told what to do all the time. 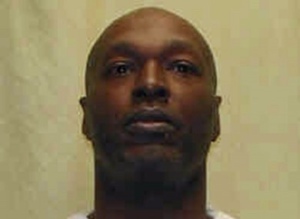 The execution drugs were delivered at 1:31pm and the medical team began trying to insert the IV at 2:01pm.  The team included a phlebotomist, nurses and a doctor. By 2:30pm, they still were unable to find a usable vein, so the group took a break leaving Romell strapped to the gurney.

By 2:44pm, the team was at it again.  Around an hour into the execution attempt, the medical team still hadn’t found a usable vein and the prisoner was crying from the pain.  Romell asked for his lawyer, but wasn’t allowed to speak to him because the execution process had already begun.

The team continued trying to find a vein until 4:24pm when the governor of Ohio issued a one-week reprieve and Romell was taken back to his cell. 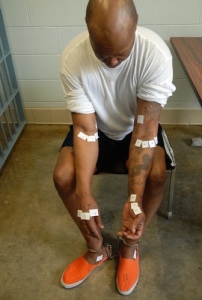 The executioners stuck him approximately 18 times, often “fishing” for a vein by inserting a catheter, removing it partially and then reinserting it, sometimes twisting it, at a different angle.  They attempted to find veins in Romell’s elbows, wrists, the backs of his hands and ankles.

Each time a vein seemed viable and saline was pushed through the line, the vein would swell, making it unusable.  The prison blamed their struggle on Romell’s history of intravenous drug use and the possibility that he took an entire box of antihistamine the night before in an effort to dehydrate himself.  One vein that they thought was viable ruptured and one attempt struck bone.

Romell was born on June 4, 1956 to William and Ella Mae Broom.  By 1984, he had been convicted for robbery, kidnapping and rape.

On September 21, Romell spotted Tryna Middleton and two of her friends walking home from a high school football game.  He attempted to abduct all three girls, but two were able to get away. Tryna was not so lucky. 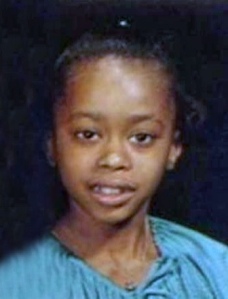 Romell raped the 14 year old girl and stabbed her 7 times before leaving her body in a parking lot.

Romell was arrested on December 6 after trying to abduct an 11 year old girl.  Her mother ran out of her house, without shoes on, and grabbed onto the driver’s door of Romell’s car.  He ran into a parked car and the girl was able to escape.

Witnesses identified Romell as the man who abducted Tryna and his blood type matched that of the semen found on her body.

Romell’s trial began on September 16, 1985.  He was convicted and sentenced to death.

Romell sat in prison, appealing his conviction, until he was taken to the death chamber in September 2009.  He never expected to walk out of that room alive.

Romell’s lawyers immediately began to object to the idea of their client being sent to the death chamber for a second time.  They appealed the conviction saying that a second attempt to execute Romell would be cruel and unusual punishment and constitute double jeopardy.  These claims were denied by the Ohio Supreme Court in March 2016 citing that the drugs used to kill the prisoner were never introduced, therefore the execution never began.