Howard Unruh was the kind of man that thought people were out to get him. He thought that every bad thing that happened to him was someone else’s fault.

Howard lived in Camden, New Jersey in an apartment with his mother. He had been fighting with his neighbors. He had even installed a gate to separate the entrance to his apartment from the Cohens who lived next door. The Cohens owned the drugstore on the first floor of the building.

Howard came home from the movies at 3 am on September 6, 1949 to find that his gate was missing. He was sure that the Cohens were responsible.

After a couple hours of sleep, Howard woke up ready for what he later called his “Walk of Death.”

He ate breakfast with his mother before threatening her with a wrench. She retreated to a neighbor’s house. Howard took his gun and headed out.

His list of targets included a tailor and shoemaker. It also included the Cohens. Howard noted that Maurice Cohen hadn’t given him proper change multiple times in the drugstore and his wife, Rose, had told him that he played his classical music too loudly in his apartment. Howard was further agitated that the Cohen’s son, Charles, often practiced his trumpet loud enough that he could hear it from their apartment.

He went next door to the barbershop where he killed the barber and a 6 year old boy who was getting a haircut.

After leaving the barbershop, Howard noticed a boy looking out of his apartment window. He shot at him. He fired into a bar across the street before heading for the drugstore.

He shot and killed a man coming out of the drugstore before following the Cohens upstairs to their apartment above the drugstore.

Rose put 12 year old Charles in a closet before hiding in a different one. Howard shot Rose through the door of the closet, then opened the door and shot her in in the face, killing her.

He saw Maurice’s 63 year old mother, Minnie, on the phone attempting to contact police. He shot and killed her. Maurice ran out on the roof. Howard followed and shot him. The shot knocked Maurice off the building. He died on the ground below.

After leaving the drugstore, Howard began shooting at random cars on the street. He killed 4 people in 3 different vehicles.

Howard went to the tailor’s shop and killed the wife of the tailor, Helga. He killed a 2 year old in his crib next door.

He wounded 2 more people before he ran out of ammunition and headed home.

Howard’s killing spree lasted just 20 minutes. He killed 13 people and wounded 3. Howard was apprehended in his apartment by police.

After being interrogated by police, Howard was transferred to Trenton Psychiatric Hospital. He never stood trial for the rampage and lived at Trenton until his death 60 years later on October 19, 2009. He was 88 years old.

It was likely that the theft of Howard’s gate, that triggered his shooting spree, had nothing to do with the Cohens at all.

Charles hid in the closet until the coast was clear. He was the only Cohen to survive. He went on to get married and have children.

Charles died just one month before Howard. His cause of death was a stroke.

On February 14, 2018, Charles’s granddaughter, Carly Novell, survived a mass shooting at her Parkland, Florida high school. She and her classmates hid in a closet. 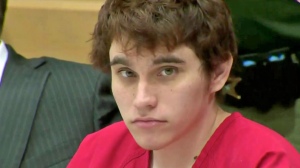