Built in 1857, the original Eldridge Hotel was built in Lawrence, Kansas on the land formerly occupied by the Free State Hotel after it was burned down by pro-slavery activists.

The Free State Hotel was built by the New England Emigrant Aid Company to house anti-slavery immigrants that came into Kansas.

After it was burned down, Shalor Eldridge built the first Eldridge Hotel. It was burned down on August 21, 1863 by William Quantrill and his raiders as they ravaged the entire city of Lawrence.

Shalor built the current Eldridge Hotel in 1866. The building was remodeled in 1925 and was made into an apartment complex in 1970.

The city rallied behind the old building and it was a hotel again by 1985. In 2004, the hotel was restored to its 1925 appearance.

Rumor has it that room 506 of the hotel is haunted by Shalor. He haunts this room, in particular, because the cornerstone of the original Eldridge Hotel is behind a wall in room 506.

Shalor was born on August 29, 1816 to Lyman and Phoebe Eldridge in West Springfield, Massachusetts.

He was a contractor for the Connecticut River Railroad and by 1854, he was a Colonel in the United States Army.

In 1857, he ran the stage line from Kansas City to Weston, Missouri. 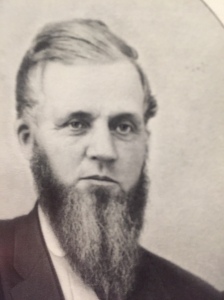 He served as the quartermaster-general of Kansas, county commissioner of Douglas County and city marshal of Lawrence.

Many believe that he not only haunts room 506, but the elevator of his namesake hotel, as well. He will often stop it at the 5th floor, even if no one in the elevator has selected that stop.

One guest of the infamous room only lasted one night before requesting a new one. He couldn’t sleep because the bathroom door in the room kept slamming shut. He placed a towel in the doorway, but found it in the bathtub after hearing the door slam again.

Another guest claimed that the floor was creaking all night. The front desk clerk said that was impossible because the floors are made of concrete.

A chair that was saved from the 1856 and 1863 fires is housed in the basement. Those that have been down there say that the room is full of dust and cobwebs, but the chair remains completely clean.

One time the door of room 506 had to be taken off its hinges because no key card in the hotel, including the master card would open it. It had been locked from the inside. The windows of the room are sealed. There is no way someone could have locked the deadbolt and then gotten out of the room.

Other ghostly appearances in the hotel include a shadow person that hangs out at the bar and a female spirit that crashes parties held in the ballroom.

2 thoughts on “The Eldridge Hotel”