By 1998, Lawrence was no stranger to the judicial system. He had spent time in prison for burglary and cocaine possession.

49 year old James Byrd, Jr. spent the evening of June 6 at a party. He asked a friend for a ride, but the friend hadn’t driven, so James struck out on foot. He was about a mile away from home.

Lawrence and John King were riding in a truck with Shawn Berry. The men, all White, saw James, an African-American, walking along the road at approximately 2 in the morning. They offered him a ride and James jumped in the bed of the truck.

Shawn and Lawrence had met in prison and the two shared White Supremacist beliefs. Along with John, the men intended to start a Confederate Knights of America group in Jasper, Texas. The men all lived together in an apartment.

They drove to a rural area outside of the city of Jasper. Lawrence, John and Shawn exited the truck. They attacked James, beating him and urinating on him before tying his feet to a length of chain and dragging him behind the vehicle for approximately 2 miles. James was decapitated when his head struck a culvert. His right arm was also ripped off.

The men drove to an African-American cemetery and left James’s body where it could be easily found.

It was reported that the men went out for barbecue after disposing of James’s body. 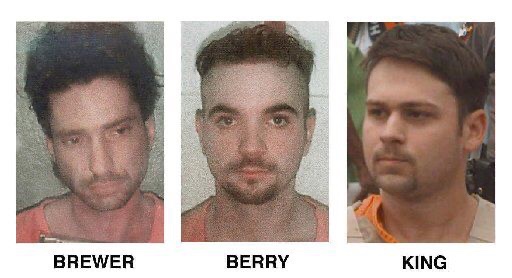 Police identified James after following the trail of clothes and blood to his wallet containing his driver’s license.

At the end of the trail was a lighter engraved “Possum” and “KKK”. There was a wrench that said “Berry” and cigarette butts and beer bottles. A shirt and hat that belonged to James were found. They had been sprayed with black spray paint. The can was found at the scene.

Shawn was stopped by police the next day. They found the set of tools matching the wrench behind the seat of his truck.

James’s blood was found under the truck and on the tires. The tires matched tracks found near the cemetery where James had been left.

Shoe prints found on the road matched John’s shoes. Those shoes had James’s blood on them.

Police identified DNA belonging to Lawrence on a cigarette butt and one of the bottles. James’s blood was found on one of Lawrence’s shoes. 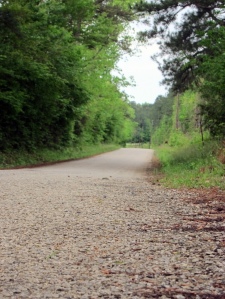 Police found the chain hidden in a hole in the woods behind the home belonging to a friend of the three men.

There was proof that James was alive as he was dragged the first 3/4 of a mile behind the truck. It is believed that he was also conscious and trying to hold his head up away from the road.

During the trial, Lawrence testified that he was not in the vehicle when James was drug behind it. He insisted that he had advised the men to stop. He did confess to participating in James’s beating before he was chained to the truck. Lawrence also stated that Shawn had cut James’s throat during the attack.

In 1999, Lawrence and John were convicted of the murder and sentenced to death. Shawn was given a life sentence.

For his last meal, Lawrence ordered two chicken fried steaks, a bacon cheeseburger with 3 patties, an omelet, fried okra, a pound of barbecue, half a loaf of bread, three fajitas, a pizza, a pint of ice cream and peanut butter fudge.

When the meal was brought to him, Lawrence refused to eat it. He told the guards that he wasn’t hungry. He spent his last hours joking with guards and the prison chaplain.

The state of Texas no longer offers inmates on Death Row a last meal, citing the extravagance and wastefulness of Lawrence’s final request.

Lawrence was executed at 6:21pm on September 21, 2011 by lethal injection. He did not have any last words. Lawrence was 44 years old. He never showed any remorse for his crimes.

James left behind a wife and 3 children. His family argued against the death penalty for Lawrence and John. They did not attend the executions.

This crime led the state of Texas to enact hate crime legislation.

Federally, in 2009, the Matthew Shepard and James Byrd, Jr. Hate Crimes Prevention Act was signed in to law.