46 year old Ronald Simmons woke up 3 days before Christmas with a plan to kill his family. He stabbed and shot his 47 year old wife, Rebecca. He then turned his .22 caliber pistol on his 29 year old son, Gene. Lastly, he strangled his 3 year old granddaughter, Barbara. 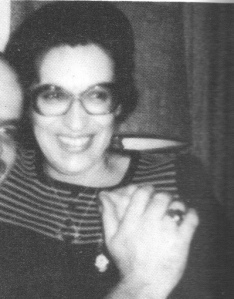 Months before the murders, Ronald had instructed his children to dig a hole on the family’s 13 acre property. He told them them that the hole was for a third outhouse. The homestead had no indoor plumbing.

Ronald threw the three bodies in this hole. Then he waited.

That afternoon, the school bus dropped off 17 year old Loretta, 14 year old Eddy, 12 year old Marianne and 8 year old Becky. They met their father at the door. He told them that he had early Christmas presents for them, but he wanted to give them one at a time.

Loretta went first. She was strangled and drowned in a rain barrel. The other three children were strangled one right after the other.

He dumped their bodies in the hole with the others. Ronald soaked all the bodies in kerosene, hoping that it would mask the smell.

He spent the next few days alone in his home awaiting the arrival of this other children. They were expected to come celebrate a late-Christmas on Saturday, December 26.

When Ronald’s 23 year old son, William, and his 21 year old wife, Renata, arrived with their almost 2 year old son, Trae, they were shot as they entered the residence.

Ronald drug the bodies of the adults to the dining room where he covered them with their coats. He placed Trae in the trunk of a car parked on the property.

The same fate awaited 24 year old daughter, Sheila McNulty, and her husband, 33 year old Dennis. They were both shot. Their almost 2 year old son, Michael, was strangled and placed in the trunk of another car parked near the house. 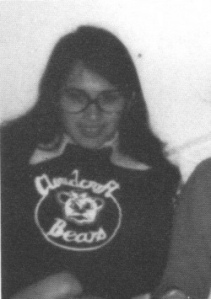 Sylvia as born when her mother was just 17. It was well known in the small town of Cloudcroft, New Mexico, where the family had lived at the time, that Ronald was Sylvia’s father. Charges were filed, but before police could arrest Ronald for sexually assaulting his daughter, the family fled to Ward, Arkansas. Sheila had refused to cooperate with police and told them that she would not testify against her father in court.

After she was killed, Sheila was placed on the dining room table and covered with a tablecloth. Her husband and oldest child were placed in the living room in a line with the other dead bodies and covered with their coats.

Afterwards, Ronald spent the day running errands, including picking up some gifts the family had ordered at a nearby Sears. That evening, he went out for drinks.

He spent the rest of the weekend at home, surrounded by the bodies of his dead family members, drinking beer and watching television.

Ronald left his house on the morning of Monday, December 28 and went to Walmart. There, he purchased another gun and headed straight to the Peel, Eddy and Gibbons Law Firm.

The receptionist at the law firm was a former co-worker of Ronald’s named Kathy Kendrick. Ronald was attracted to Kathy, but the feeling was not mutual.

Kathy accused Ronald of unwanted sexual advances and told friends that he was stalking her. She reported Ronald to their boss at Woodline Motor Freight Company, but Ronald quit before anything was done by management.

Later, Kathy left Woodline to work at the law firm.

Ronald shot and killed Kathy. He left the law firm and went to Taylor Oil Company. He knew he would find Rusty Taylor there. Rusty owned a Sinclair Mini Mart where Ronald had worked for 1 1/2 years.

Ronald shot Rusty, but he did not die. He also shot and killed a truck driver for the mini mart named Jim Chaffin.

He left Taylor Oil and went to the mini mart where he shot Roberta Woolery and David Salyer. They both survived the attack.

Lastly, he headed to Woodline where he shot his former boss, Joyce Butts. She was shot in the head and chest, but survived.

He took office worker Vicky Jackson hostage and instructed her to call the police. He told her that he had killed everyone that wanted to hurt him and that she was safe. He made small talk with Vicky until the police arrived. He surrendered peacefully.

A letter written by Ronald was found in his safe deposit box. It described his feelings for Sheila. The prosecutor read it aloud at trial and Ronald went crazy. He punched the prosecutor in the face and attempted to wrestle a gun away from an officer in court.

He was convicted of 14 counts of capital murder in 1988 and sentenced to death plus 147 years. Ronald requested lethal injection as his means of execution and refused all appeals.

Before he could be executed, another inmate on death row sued the state of Arkansas to force Ronald to appeal on the grounds that his refusal affected the rights of other. Namely, Ronald’s crime was so severe that if it were appealed at the same time as other, lesser crimes, the prisoners that had committed these crimes might have a better chance of appeal.

The case was unsuccessful, but did delay Ronald’s execution until all proceedings were complete. 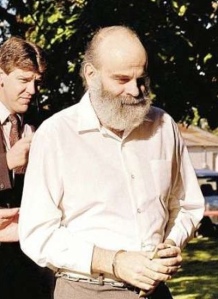 Then Governor (and later president) Bill Clinton signed Ronald’s execution warrant in May 1990. His execution was scheduled for June 25, 1990. This was the shortest sentence-to-execution time in United States history since the reinstatement of the death penalty in 1976.

Ronald would not allow any visitors while in prison, not even his lawyers. His body was never claimed after his death and he was buried in a pauper’s grave in Varner, Arkansas.

The Simmons’ family murder is the deadliest case of familicide in United States history. 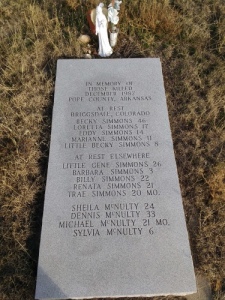