27 year old Jebidiah Stipe sat in front of his computer still upset by the news that Sarah Kastovny, the woman he had rung in 2009 with, had sent him a text message saying that she was engaged. 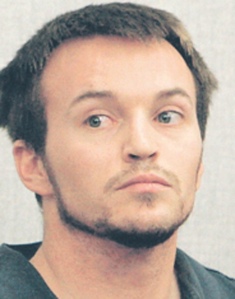 Their relationship had been short-lived.  The two met while Jebidiah, a US Marine, was on leave in Rawlings, Wyoming.  They spent 3 whirlwind days together before Jebidiah had to return to the military base at Twentynine Palms.

Sarah was smitten, so for Christmas, her parents bought her a plane ticket to visit Jebidiah in California.

The couple spent 4 days together, but being with Jebidiah at home, where he felt more comfortable, made Sarah realize that he just wasn’t the guy for her.  She flew home and decided not to pursue the relationship any further.

Her life took some twists and turns.  She got a new job and moved, had a life-changing surgery and met the man she knew she wanted to marry.

They quickly got engaged and, in her excitement, she text the information to every contact in her phone.

This would prove to be a mistake.

Jebidiah was mad.  How could this woman be engaged so quickly?  They had dated less than a year ago. They were still exchanging messages on MySpace.

Sitting in front of his computer in late 2009, Jebidiah came up a plan for revenge.  He posted an ad on Craigslist. He posed as Sarah and said she was looking for an “aggressive man” to help her live out a rape fantasy.  161 men responded to the ad.

This was not the first time that Jebidiah had done this.  In fact, the email address that he used was one that he created after posting a similar ad in his ex-wife’s name.  He eventually took the ad down and his ex-wife was not harmed.

Unfortunately for Sarah, 26 year old Ty McDowell was one of the men that responded to the ad.  He and Jebidiah, still posing as Sarah, corresponded via email. Jebidiah sent him pictures of Sarah and gave him her address. 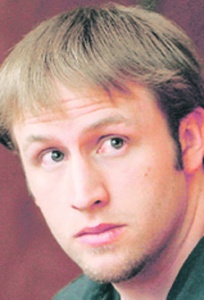 On December 11, after Sarah dropped her fiancée off at work and was walking in the front door of their apartment, Ty exited his vehicle and forced Sarah into her residence.

He tied her up, blindfolded her and held a knife to her neck while he raped her.  Ty left Sarah on the floor of her apartment.

After she was sure that he was gone, she crawled to the front door and used the doorknob to pull down the blindfold.  She voice dialed the police from her phone that had fallen underneath the kitchen table.

Both men were arrested and pled guilty to all charges.  They received the same sentence for each of their roles in the crime, 60 years to life in prison.